The Pandemic and the Crisis of the Global World

BRILL Publishing House released the book «Philosophical Aspects of Globalization: A Multidisciplinary Inquiry», edited by Alexander N. Chumakov, Alyssa DeBlasio, and Ilya V. Ilyin, with Chapter 8 «The Pandemic and the Crisis of the Global World», written by IE RAS Director Alexey A. Gromyko.

Globalization is a defining characteristic of our contemporary world, with a reach and impact affecting all nations and peoples. Philosophical Aspects of Globalization is a collection of essays by leading contemporary Russian philosophers, scholars, and scientists concerned with addressing pressing issues of globalization from a philosophical point of view. The thirty-four authors who have contributed to this book represent a range of approaches and subfields of Global Studies in Russia, including topics such as theory of globalization, globalization and the environment, history and geopolitics, and globalization in cultural context. When compiled together in a single collection of essays, their work offers the English-speaking reader a comprehensive picture of new directions in Russian Global Studies in the twenty-first century, as well as demonstrates the importance of questions of globalization for philosophical inquiry in Russia today. 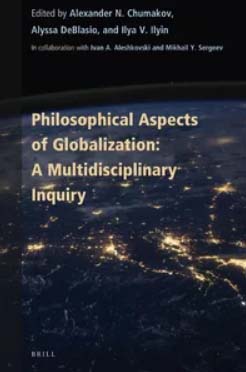